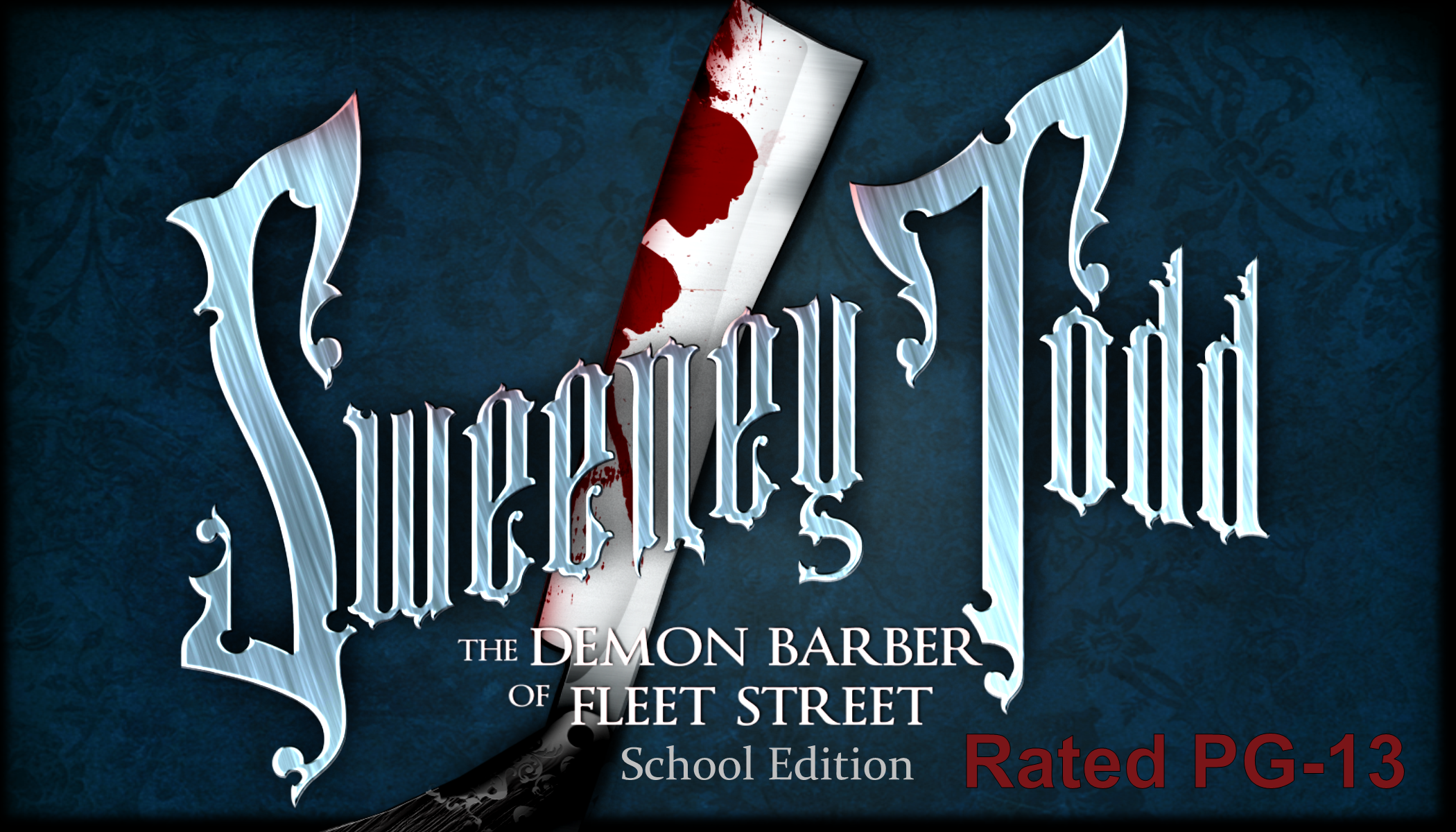 Sweeney Todd has become a bloody, worldwide success since being awarded 8 Tony’s (including Best Musical), for its Broadway premiere and has now been adapted for high school performers in Sweeney Todd School Edition. Stephen Sondheim and Hugh Wheeler (A Little Night Music, Pacific Overtures) crafted a tasty, thrilling, theatrical treat that has simultaneously shocked, awed, and delighted audiences across the world.

An infamous tale, Sweeney Todd, an unjustly exiled barber, returns to 19th century London seeking vengeance against the lecherous judge who framed him and ravaged his young wife. The road to revenge leads Todd to Mrs. Lovett, a resourceful proprietress of a failing pie shop, above which he opens a new barber practice. Mrs. Lovett’s luck sharply shifts when Todd’s thirst for blood inspires the integration of an ingredient into her meat pies that has the people of London lining up, and the carnage has only just begun!

This special School Edition has been masterfully adapted, working directly with Mr. Sondheim, to retain the dark wit and grand scope of the original work, with a few lyric and key changes to facilitate high school productions. At the show’s core is a challenging score of epic proportion with two tasty tour de force roles in Sweeney and his comic female accomplice Mrs. Lovett. Sweeney Todd School Edition is sure to be the highlight of any high school’s season.
– See more at: http://www.mtishows.com/sweeney-todd-school-edition#sthash.eZndq5YL.dpuf